Rating: ★4.1
Indoors by technology, outdoors by speedy transport
I travel the world
Today in Japan, tomorrow in Rome,
Next day by an ancient civilization or in Hawaii or Coast Ivory,
I see, I observe human, nature, society, civilization, earth's form
Develop feelings with the people from country to country
Know their features, culture
I am not self; they, you and me together; friend and brother
I have nothing alone
We share what we have and to what we belong;
Climate and weather are not fit for long ways
Full of calamities, pollutions spread bitter, musty smell
Neither technologies nor transports work well
Idle times were idly passing along its ancient broadways;
Some long tiring and gloomy days later
A Mediterranean girl, whom I love, has sent me a long letter
In a grey-black envelop asking me to tell something
As if, shortly I make out a time;
I was neither indifferent nor interested
But the tension was tearing me for my friend;

Mesopotamia, the most ancient civilization
Is known not only to you and me but to everyone,
By it the basin of the Mediterranean Sea full of vast water
Around that line after line localities, spirited children's noisy tour
Know them, too, the people of the world
For them the kind obviously have empty space deep in mind;

To her writings, things changed a lot suddenly and horribly
Since we had met first near the green locality gaily,
Had observed people living there peacefully
Happiness, pleasure, contentment surrounded them heavenly;
Their every dream bloomed as flower
Spread fragrance everywhere;

She will tell me the reasons of so long gap
And what really were happening in fact,
That there were invasions and forcible wars so violent
Where exercising evil powers man shot man like pig,
Exploded heavy, dreadful atom, nuclear and various bombs
Used fatal chemical and poisonous weapons,
To destroy all the relics of the ancient civilizations,
To turn the green world into complete desert,
To abuse and pollute the other spheres
And they had aggressively, hypocritically succeeded
To draw magically black plots everywhere
So, here the rest of humans are living on sands forever;

She will also tell me how she lost everything
How extreme, hazardous troubles the country faced,
How the generations suffered and absolutely fell
How their blooming hopes and dreams were faded away,
Also that the whole world was against their cry
And now why she is quite dumb to say;

Her letter reminds me the chronological history of the wars
Before and after Christ around the human world,
How many kill how many no real statistics of that
And how much are destroyed no such real measures,
Human beings have seen the severe abuses of powers,
The savageries of wars and massacres,
Especially in the 1st and the 2nd two gigantic world wars, as well as
In various wars between armed and armless forces;

And what recently the world has thunderstruckly experienced
To which even the elements shed tears
No sooner had 20th century's bloody battle fields dried up
Than the wars in force, aggression, genocide, holocaust
In 21st century's early morning tormenting people began to walk
And broke world's all the past records in atrocities;
Thus, the destructions always faces the human world
Are chaos, wars, violence, massacres, miseries and loss,
All these curses cause them inborn pained
For some narrow minded, dull headed and brutal natured leaders;

A time I will make out and a place choose soon
For our meeting and conversation,
However and from wherever does blow the melancholic air
My sail will bound for
The red-grey bough and red-ash-silver stream
Where all the oppressed souls crawl and scream;
I will also invite all human beings there
To share over which we are lamenting and shedding tears,
And to take part in centuries' smallest slogan:
"Fill the earth with peace; no chaos, no weapons, no wars, no pangs." 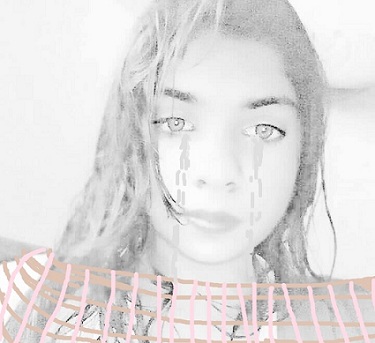 Muzahidul Reza
Topic(s) of this poem: war
POET'S NOTES ABOUT THE POEM
When he was in primary school, he came to know the Liberation War of his Motherland in which lots of innocent, civil people were killed mercilessly. When he was high school student, he read details of the two gigantic World Wars, Crimean War, Vietnam War, etc. and their horrible impacts on innocent mankind, environment, weather and climate. Afterwards, he watched on screen and came to know much about the Gulf Wars, Iraq, Afghan and etc. Wars most of which were forceful and wrong information based. And what (wars, violence, chaos, crimes, murders, massacre, degradation to mankind) have been happening in Palestine by Israel, in Myanmar by Myanmar government, military and civil people as well as in many other places in the world.

His poem Mediterranean Girl's War Phobia is the output of all those shocked experiences. The note of this poem is: Mediterranean girl is a symbolic figure who lives around the Mediterranean Sea whose surrounding countries are mostly, partly or fully destroyed for illegal (forceful and on wrong information based) wars, invasions, massacres, violence, intrigues, ill diplomacy and so on. The Gulf Wars, e. g., Iraq and Afghan wars are some examples.
Also many countries around the world have been afflicted with the curses of illegal, forceful wars, destructions, murder, massacres, violence, chaos, crimes, corruptions, discriminations, what not.
For the abuses of powers; heavy and chemical weapons; atom, hydrogen bombs not only human beings are massacred but also civilizations, nature are severely destroyed. The two gigantic World Wars are two examples.
Destroyed Hiroshima and Nagasaki are the two fiery examples where heavy and dreadful atom, hydrogen bombs, were abused. There the impacts of wars are still causing seriously.

And also many wars from time to time here and there were and are launched. Most of these wars were and are illegally being launched only for massacring and destroying. Even in the running 21st century humans are facing brutal massacres in Myanmar, Turkey, Palestine, and in many other countries in the world. Wars, weapons, violence, massacres not only ruin humans, civilizations, nature but also pollute the environments severely and affect for long, the future generations and the world.
Weapons, wars, destructions, corruptions and other related things, agents are but manmade curse and havoc for finishing themselves physically, psychologically and spiritually. To the poet, it is high time humans should understand; otherwise, they are the terrorists in Creator's universe, and it will be too late.
READ THIS POEM IN OTHER LANGUAGES